Paying It Forward or Giving Back. Have you ever noticed how those two phrases describing the same transaction are structural opposites? Hope so, because there’s a good reason to look at giving from both perspectives. One speaks to Seed Money, the other to Tithing. Both are important parts of the giving cycle.

You probably know about Tithing, the belief that we should give back 10% of what we earn as an expression of gratitude for what we have received. You may not be as aware of Seed Money which starts at the front end of the process and says that everything we give will come back to us tenfold. The math here really works in the giver’s favor. What we pay forward comes back to us 10x yet we only need to give back 10%? Sign me up!

The principle of Seed Money is just as ancient as the principle of Tithing, but hasn’t received the same publicity. I suspect its day is coming based on three factors: the increased awareness of natural laws such as the Law of Attraction and the Law of Giving, the popularity of the Abundance principles of success, and the ragged economy.

When the economy began its nosedive, people naturally started cutting back on their spending including their giving. Yet if the principle of Seed Money is true, and I personally believe it is, then tight times are when we should get more systematic and mindful about our giving, even if the amount itself becomes smaller for a while.

Enter Giving Circles. Six years ago as the economy was entering its swoon, giving circles were still flying under the radar. In 2006, there were fewer than 400 known Giving Circles in the United States mostly working quietly behind the scenes. Three years ago, they were a trend in the making. Today, they have exploded in the US with an estimated 800 Giving Circles now working vibrantly and vocally. These often-small groups of people gathering in homes, restaurants, and coffee shops are pooling their money to give together and in the process they have become a significant philanthropic force that has raised over $100 million to support every charitable cause imaginable.

Laurie Melstrom started her Giving Circle several years ago just as the stock market decided to jump from the plane with no parachute. "This economic downturn has a lot of people breaking out into a sweat," said the Cadillac, Michigan homemaker. "Yet everyone said, 'Count me in.’ Individually, the group's 10 or 12 prospective members can't make much difference, but together we'll be able to make the kind of donation that our small charities are really going to need in tough times."

That’s the beauty of a Giving Circle. According to Wikipedia, “Giving Circles are a form of philanthropy consisting of groups of individuals who pool their funds and other resources to donate to their communities, and seek to increase their awareness and engagement in the process of giving.” Sort of like an investing club or a book club for giving, each group typically has a theme or common cause such as children’s or women’s issues, poverty, or community organizations. Often the individual donations are small, yet when combined they can make a real difference.

And the receiving organizations are not the only beneficiaries. In co-creating a meaningful donation, the members receive multiple benefits of their own. In addition to enjoying the company of other joyful givers, they are igniting the principle of Seed Money in their own lives. Those gifts, no matter how large or how small, will come back to them often in unexpected ways enabling them to give again, maybe give more, which triggers even more receiving and more giving – after all, giving and receiving are the yin and yang of the same cycle - and that is the textbook definition of a Win – Win situation.

Giving Circles are a little idea that has learned to Live Large with meaningful benefits to all involved on both sides of the equation. Through collaborative generosity and connection to others, giving circles embody the philosophy “If we each do a little, together we can do a lot.”
Posted by Anne Newell at 7:54 PM 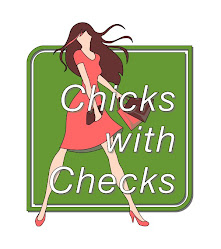